My family and I traveled to Panama over the Christmas holidays, and we enjoyed the wide variety of scenery the country had to offer over our six day vacation. Here are a few highlights to check out from our trip. I hope it will spark your wanderlust! Panama was a vivid and lively country full of lush rain forests, diverse wildlife, rich culture, crystal clear ocean, and thriving cities.

Take a trip through Panama with my pictures, and then work on booking your own plane ticket soon. 🙂

Hey y’all, I am a first-hand experienced traveler when it comes to lost luggage. It happens! That is the first thing you have to remember when it happens to you for the first time (because if you travel a lot or even occasionally, then it WILL eventually happen to you). The worst experience I had with this was when I was headed to my honeymoon with my wonderful husband. 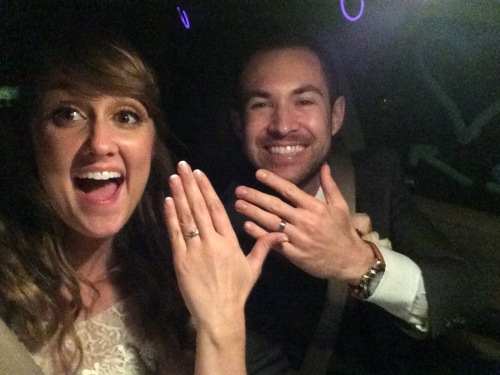 We flew out of Nashville on Monday morning, had a layover in Houston, and landed at the Liberia, Costa Rica Airport where we came to the dawning realization that our luggage had been left behind at the Houston airport. With everyone expressing the “Pura Vida” mentality of not sweating the small stuff, we had a difficult time dealing with the broken English of the airport workers. After many tears and mixed Spanish and English discussions (Spanglish, if you will), we realized that our luggage would not arrive to this tiny airport until 3 days later. Cue mental breakdown on my part. There was nothing we could do at that point. So we got on the bus to our resort, got lost in thought for the 1.5 hour bumpy drive over rocks and mud, and arrived to our resort in the middle of nowhere, Costa Rica.

We tried to explain the situation to the resort staff, but if you have never experienced that no-stress mentality, then it is hard to comprehend how chill to the extreme these people were. They said they would call the airport and ushered us off to our room. When we got into the room, everything hit us. We have no luggage. We are on our honeymoon at a beautiful resort on the beach and have limited clothes. What would we wear to dinner? There was literally forest around us; there were no stores. We had no toothbrushes (sorry honey, don’t think we can kiss). The thoughts kept pouring in. This was the turning point though – time to take action and make this work since we were sitting in a beautiful room with a bed strewn with flower petals.

We went through our carry on luggage and gathered together the small amount of clothing we had. Oh boy. Since there was a dress code at all the restaurants at our all-inclusive resort, we had to get creative. The first few nights, we had to make do with what we had. I was wearing jeans, a black tank top I had worn under my clothes on the plane, and a necklace I had luckily thrown in my carry on at the last minute.

Alec was wearing jeans and a t-shirt that he wore on the plane. We found out around this time that they would be attempting to fly our bag to another airport in CR and send it by taxi to the resort 8 hours away. We knew these clothes would be getting unsanitary soon though so we washed our clothes in the 3 inch shallow sink. At this point we had lost all hope of our luggage actually ever arriving.

Tuesday started out lovely when the staff wouldn’t let Alec come into the breakfast area wearing a tank top (mind you, this was one of his 2 tank options). Luckily, they had an overly used polo shirt that paired wonderfully with his blue basketball shorts! Who knows how many people had already worn this spare shirt that they had hanging at the hostess stand. He was really happy about it as you can tell below.

After that, we broke down and bought cheap, overpriced clothing items at the convenience store of the resort. We also bought sunscreen after already having sunburns from walking down to the beach after literally 1 hour. We had to at least purchase these essentials other than the few goodies like toothbrushes, toothpaste, bath soap, etc. that the hotel had given us. They even sent us flowers and gift certificate for me to get services at their spa to let us know they felt bad for our situation!

Such a nice goodie basket and beautiful flowers below from the most helpful and favorite hotel staff member, Fabian (yes, that was his name)!

We decided to make the most of the beach bum life and live with what we had. Then, the resort staff, who we were pretty sure had forgotten about us other than the goodies and flowers (thank you FABIAN), brought sets of men and women’s waiter and waitress clothes for us to wear to dinner. Alec now had nice khakis and a flamingo waiter shirt (all he needed was a towel over his arm!) and they offered me a very large pencil skirt and wide-sized, white polo. I think he got the better end of the deal. Instead of wearing a huge polo, I used one of my nightgowns and tucked it into the pencil skirt. We were working our make-shift dinner attire and were actually having fun trying to figure out where our next outfit would come from! I can’t even count how many times we said, “this will be really funny later for sure,” and we were right!

We learned a lot from losing our luggage and actually enjoyed solving the problems that arose as we went through the honeymoon. Since we started out our marriage working through a trial, then it must be a great sign for the future!

After being put on a plane to the San Jose, Costa Rica Airport and then placed in a taxi for 8 hours, our luggage arrived in one piece at our hotel room on Wednesday morning. We were surprised and shocked so see it. We could not have been more thrilled to see this soiled, large, blue duffel bag. From that point forward, it was all smooth sailing into honeymoon bliss.

As we gear up for our trip next week, we intend to be much more prepared with options packed in our carry-on luggage. It is always a good idea to make sure you have the following in your carry-on with you – especially if you are going international:

For our Icelandic adventure, I think we will be making sure we have enough in our carry ons to get us by if need be. 🙂